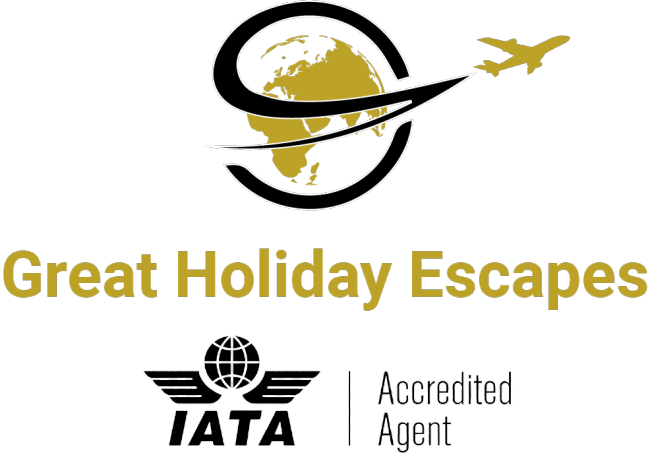 Arrive in Cape Town today and enjoy 1 night pre cruise before embarking Norwegian Jade. Cape Town is situated beneath the imposing Table Mountain. Slowly rotating cable cars climb to the mountain’s flat top, from which there are sweeping views of the city, the busy harbour & boats heading for Robben Island, the notorious prison that once held Nelson Mandela, which is now a living museum.

Day 4: Mossel Bay, South Africa
Mossel Bay is situated on the Garden Route in South Africa’s Western Cape Province. It’s known for the wide Santos Beach and the 19th-century Cape St. Blaize Lighthouse, which offers stunning bay views. The Bartolomeu Dias Museum Complex includes the Maritime Museum, the Shell Museum & botanical gardens. The Post Office Tree, a milkwood tree in the complex, has been used as a mail collection point since the 1500s.

Day 8: Durban, South Africa
Durban is South Africa’s third-largest city and the continent’s largest port. Durban’s expansive beachfront on the eastern edge of the centre has one of the city’s busiest concentrations of restaurants, a surfeit of tacky family entertainment. Visit the bazaars, alleyways and mosques that make up the Indian area around Dr Yusuf Dadoo Street.

Day 9-10: At Sea
Your day at sea will allow you to take full advantage of everything the ship has to offer. Seek out hidden treasures and make the most of the facilities onboard. All of the ships activities can be found on the vessels daily newsletter. If relaxation is on your mind then your sea day will allow you to sit back, soak in ship life and watch the world as it floats by you.

Day 11: Luderitz, Namibia
Founded in 1883 by a wealthy German merchant of the same name, Luderitz offers colourful colonial architecture along the beautiful Atlantic coastline. Explore the region’s past on a tour of Kolmanskop, a ghost town that was once a bustling centre of the diamond trade. The recently restored waterfront offers lovely Art Nouveau architecture, and the coastal waters are home to penguins, dolphins, sharks and seals. Enjoy local beer brewed in compliance with Germany’s strict beer purity laws, as well as local dishes and fresh seafood.

Day 12: Walvis Bay, Namibia
Unspoiled Walvis Bay, a natural lagoon and the only deep-sea harbour on the Namibian coast, offers something for everyone, with spectacular bird-watching being a keynote, as thousands of migrating species make their way here annually to join the local flamingoes and pelicans. “Dune 7,” at the outskirts of town, towers over the scenic bay, and offers excellent photo ops. The city is also a good starting point for a number of exciting day trips into the timeless beauty of the desert region, including off-road explorations, or fly-over dolphin and whale sighting.

Day 13: At Sea
Your day at sea will allow you to take full advantage of everything the ship has to offer. Seek out hidden treasures and make the most of the facilities onboard. All of the ships activities can be found on the vessels daily newsletter. If relaxation is on your mind then your sea day will allow you to sit back, soak in ship life and watch the world as it floats by you.

Day 14: Cape Town, South Africa
Disembark your cruise this morning and fly to Johannesburg where you will take a road transfer to Black Rhino Safari Lodge.

Day 15-17: Black Rhino Safari
Black Rhino is a hidden treasure set within the Tamboti Forest at the foot of an ancient volcanic crater with the 58 000 ha Pilanesberg National Park. This area has become renowned as one of South Africa’s most exciting big five eco tourism destinations.

Day 19: Johannesburg, South Africa
You will depart Black Rhino this morning and be transferred back to Johannesburg airport for your return flight home.

<< Back to all Travel Specials

Your Holiday At A glance

When you’ve been blessed to have travelled the World , you get to know a few things. Like skippering your own yacht through the Whitsundays or Visiting Maya Ruins in Central America

This website uses cookies to improve your experience while you navigate through the website. Out of these, the cookies that are categorized as necessary are stored on your browser as they are essential for the working of basic functionalities of the website. We also use third-party cookies that help us analyze and understand how you use this website. These cookies will be stored in your browser only with your consent. You also have the option to opt-out of these cookies. But opting out of some of these cookies may affect your browsing experience.
Necessary Always Enabled
Necessary cookies are absolutely essential for the website to function properly. These cookies ensure basic functionalities and security features of the website, anonymously.
Functional
Functional cookies help to perform certain functionalities like sharing the content of the website on social media platforms, collect feedbacks, and other third-party features.
Performance
Performance cookies are used to understand and analyze the key performance indexes of the website which helps in delivering a better user experience for the visitors.
Analytics
Analytical cookies are used to understand how visitors interact with the website. These cookies help provide information on metrics the number of visitors, bounce rate, traffic source, etc.
Advertisement
Advertisement cookies are used to provide visitors with relevant ads and marketing campaigns. These cookies track visitors across websites and collect information to provide customized ads.
Others
Other uncategorized cookies are those that are being analyzed and have not been classified into a category as yet.
SAVE & ACCEPT